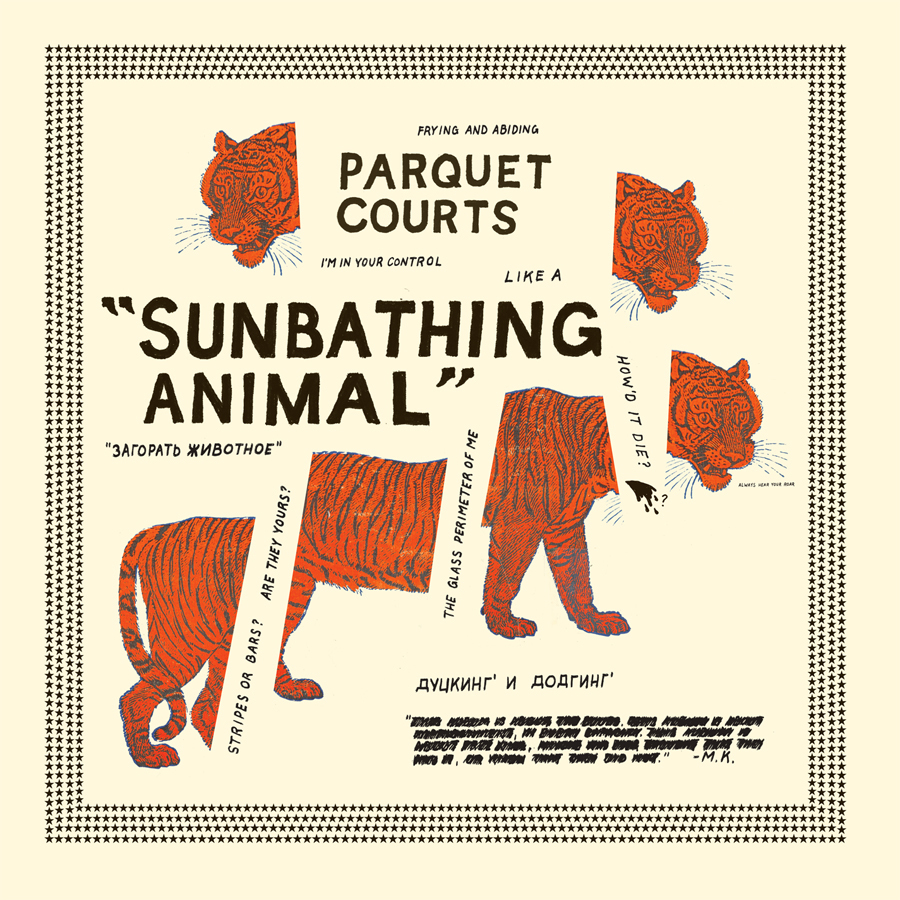 Hear this exclusive premier of the new album: First Listen on npr

Sometimes when I hear a new album, I find myself thinking, “Who is this album for? Who’s the audience?”

With Sunbathing Animal, the answer appears to be disaffected 20-somethings, still angsty about being underemployed after two undergraduate degrees and thousands of dollars in debt.

Is it a punk album? In the way that the Velvet Underground was a punk band, I guess so. It has those simple, predictable punk rock elements, the same smokey, spoken-word vocal delivery and chunky guitars. But their not shy about using the clean channel either, which is more reminiscent of the Kinks.  One thing is clear: this is a record that could slide right into the stacks of a store in 1979 and not miss a beat.

I feel like this kind of sound has been filling the black walls of dingy New York venues for the better part of four decades now, and once in a while, one of those bands escapes their familiar haunts and joins the national conversation. Not quite as commercial as someone like The Strokes, this isn’t an album you’ll hear climbing up the charts even though it has the same kind of referential style that an album like Is This It? had. It might clean up on Shazam, as people pull out their phones to find out what song this is that they almost can place, but can’t quite pin it down.

Music is a dialogue, and this is another piece of the conversation. It might not be a thesis statement or a complete change in the lexicon, but it’s still saying something. Whether this album is a topic of conversation or a soundtrack for the background of whiskey-induced hazes at the bars where you can still smoke in if you know the right guy, well that remains to be seen.