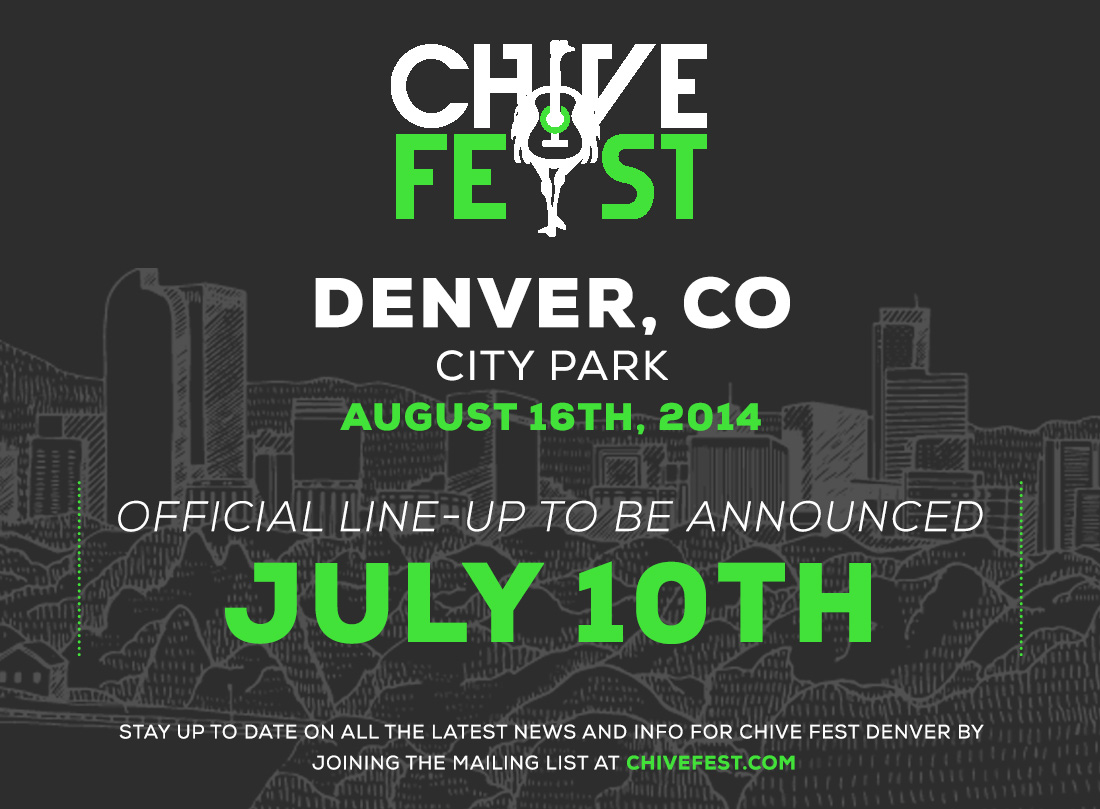 Is this lineup solid enough to entice you to attend something sponsored by the Chive? Vote Below!

Chive Fest Denver, a new music festival sponsored by the eponymous website, that has previously made stops in Seattle, Dallas, and Chicago, announced their lineup today.

Edward Sharpe & the Magnetic Zeros and Cold War Kids are set to headline the festival, slated for August 16th, 2014.

The festival grounds will include a “Nostalgia tent” with a “life-size game of Operation” as well as all the Chive related merchandise and organizations. These things, I’ve been told, are supposed to be positive reasons for attending.

See the complete lineup below: