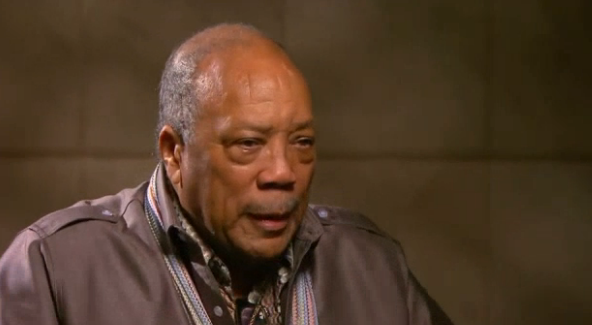 “I understand that. Everybody’s after money. The estate, the lawyers. It’s about money,” Jones goes on to say.

In the two-part interview set to air Friday, Jones also talks about his relationship with Jackson.

“What am I gonna learn from Michael? I don’t want to be a singer and a dancer.” Jones said. “We told him what songs he was going to sing. A producer has to do that.”

It’s refreshing to hear that from one of the greats, and I think it’s a tenet  that should be followed more closely in the modern era. I’ve always blamed so many of the sophomore and junior slumps on a producer’s unwillingness to say no and give honest critiques to young acts that have suddenly had the word “genius” applied to them.

Listen to Quincy, everybody. He made Thriller.